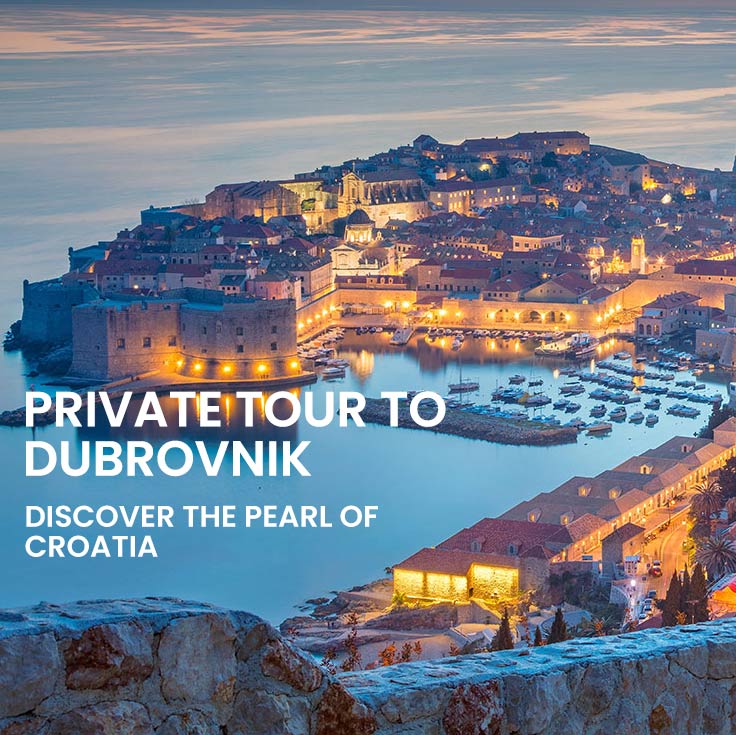 Whether you are visiting Dubrovnik for the first time or the hundredth, it will never be any less impressive, and promises always to keep its “WOW!” factor. Once you’ve set your eyes on its medieval walls, ancient buildings, and cobblestone streets, you’ll certainly feel as if you’ve been transported into another dimension. Inside the city, the red rooftops, old stone churches, and countless monuments seamlessly complete the cityscape which is still untouched in the 21st-century.

The popularity of Dubrovnik, the grandeur of its defensive city walls, and its cultural heritage have skyrocketed in recent years as the city has transformed into film sets for the popular TV series Game of Thrones and films Star Wars VIII and Robin Hood: Origins. Jamie Foxx’s Instagram will show you just how much he loved it here.

Famous for oysters, Ston is also known for its ancient defensive wall which is the longest in Europe and the second longest in the world!

Throughout the centuries, Dubrovnik has been a top destination on the world map

Join us for a ride along the coast with scenic views of the Dalmatian islands before we use the Neretva river to guide us down to Ston – when the river reaches the sea, we are nearly there. Ston is a small but mighty town known for oyster farming, saltworks, and the second longest wall in the world.

We’ll finish the tour by exploring Dubrovnik’s ancient alleyways, public squares and streets, and incredible sights that tell the story of Dubrovnik’s vibrant history at first glance. This Split to Dubrovnik tour could very well be the highlight of your Croatian holiday.

We’ll pick you up from one of our predetermined locations either in Split or the surrounding area and begin our scenic ride along the Dalmatian coastline. Our air-conditioned and luxury vehicles boast leather seats, USB chargers for your mobile devices, and free Wi-Fi access during the entire trip to make the time fly by on your way to Dubrovnik. You’ll feel as if you left Split a minute ago!

After approximately two hours, we will arrive in Ston, a small town located in the south of the Pelješac peninsula.

Ston is famous for having the oldest salt factory in Europe, but even more so for its oysters. The conditions for farming oysters in the Ston bay are particularly favorable, which results in some of the freshest (and tastiest) oysters you can find. However, the real attraction of Ston is something you’ll spot quite quickly upon arriving – the long walls that surround the town. Did you know that these defensive walls are known as the “European Wall of China” and are the second longest in the entire world?

Images of Dubrovnik are plastered on postcards and brochures of Croatia, just as they fill the screen for every Croatian promotional video you’ve seen. Dubrovnik is no joke, and it’s no wonder why its recognizable city walls have stood the test of time. Fortunately for you, on this tour, you will have enough free time to wander Dubrovnik’s charming streets on your own and fully embrace the antiquity of the city surrounding you; it’s your time to feel the pulse of this Adriatic pearl. Dubrovnik’s old town glitters with landmarks and hidden treasures, and it’s a haven for photographers of all types. We suggest you climb the defensive city walls so you can get a 360-degree view of the entire city and islands off in the distance.