Breakaway from the busy Split streets and join our Krka tour to propel yourself into the unspoiled natural beauty of Krka National Park.

On this tour you’ll have the chance to relax under the pine trees in the Krka National Park, near famous Skradinski Buk waterfall, take a leisurely walk through Croatia’s intact nature and enjoy educational workshops that uncover the cultural heritage of the area.

But that’s not all – on this tour, you’ll also get to explore the town of Trogir, a UNESCO World Heritage site that has roots back to the 3rd-century.

This UNESCO-protected town is best known for its Venetian architecture.

The most famous part of Krka National Park. Discover and enjoy the educational trails and a unique ethno presentation

Did you know that Krka is just one of eight national parks in Croatia? The best way to beat the city heat, this tour shows you the other side of Croatia; a side where nature is king.

While we can never get enough of Croatia’s coastline, our visit to Krka guarantees an unforgettable day embracing the best that nature has to offer.The tour begins in the early morning after we pick you up in our  air-conditioned bus.

How far is Split from Krka National Park?

Thanks to the stellar landscape, captivating coastline, and unique panoramic views of the villages and towns like Trogir, the ride from Split to Krka will fly by. Depending on the traffic, the trip takes approximately an hour and a half, following the sea from Split to the city of Šibenik where we turn towards Skradinski Buk and the official start of our Krka tour.

However, this short ride from Split to Krka has been enhanced for your pleasure thanks to our air-conditioned vehicle. And we’ve even decided to cut it in half by showing you the charm of Trogir along the way.

After approximately 30 minutes, we’ll stop to explore one of the most exciting cities in central Dalmatia. Namely, the old town of Trogir became a UNESCO World Heritage site in 1997, and as you can imagine, its popularity has only grown since then.Set on the Adriatic coast, this museum town is wrapped in medieval walls and is linked by a bridge to the mainland. A town with more than 2,300 years of tradition, you’ll have the chance to visit the Kamerlengo castle, wind your way through the narrow alleyways, look up for the towers and dance to the sound of bells. People-watch on the waterfront promenade while sipping a coffee and sit back in one of the many bars. And we promise, you won’t want to miss the chance to climb up the bell tower for the best views of Trogir.

After Trogir, we’ll make our way to Krka and begin with a visit to Skradin, a quaint riverside town with a variation of brightly painted buildings and stark stone houses and the remnants of a fortress towering above it. Believe it or not, Bill Gates, the founder of Microsoft, recommended that readers of Forbes magazine visit Skradin and Croatia. So if Gates says to go, what are you waiting for?

From Skradin we will take a scenic boat ride through the Krka canyon towards Skradinski buk, which acts a stage for the beauty of the surrounding area. Have your cameras ready because you won’t stop snapping photos for your friends and family back home.

The boat ride will drop us off precisely at Skradinski buk, where we’ll immediately encounter the jaw-dropping allure that Krka National Park offers. Recall, Skradinski buk is the largest travertine cascade system in Europe.

We’ll stroll guided by the paths of the park, following the wooden bridges over flowing streams with the gushing waterfalls in the distance. We will continue onto the educational nature trails and enjoy an authentic ethno presentation that reveals how the river has allowed life to thrive in this area throughout the centuries. You’ll also learn that the remains of history like stone houses and watermills have been turned into souvenir shops and exhibition spaces.

After your walk through the park, you will have enough free time to take a bite out of the local cuisine or relax surrounded by nature.

Because your day of exploring Krka National Park is destined to work up an appetite, you’ll also have the chance to delight in the delicacies of authentic Dalmatian cuisine in a traditional tavern. 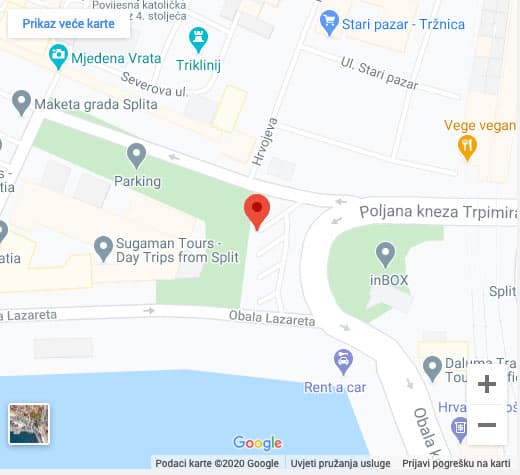 Entrance fee to the national park is not included in the tour ticket. You will be charged additional entrance fee on the day of departure according to the table below. Please prepare the exact amount. 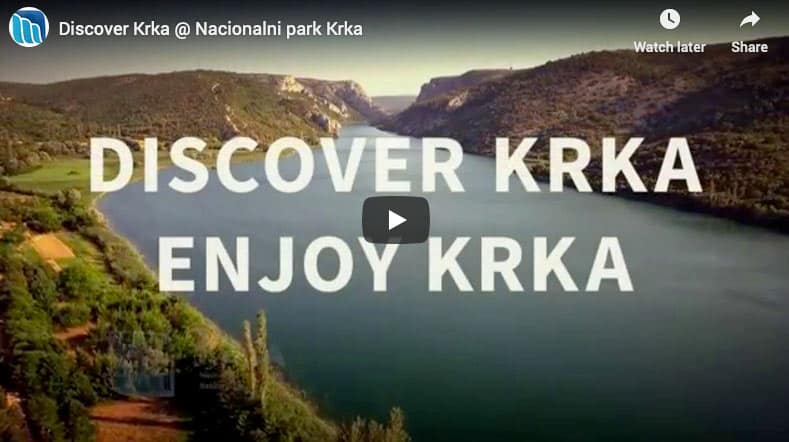