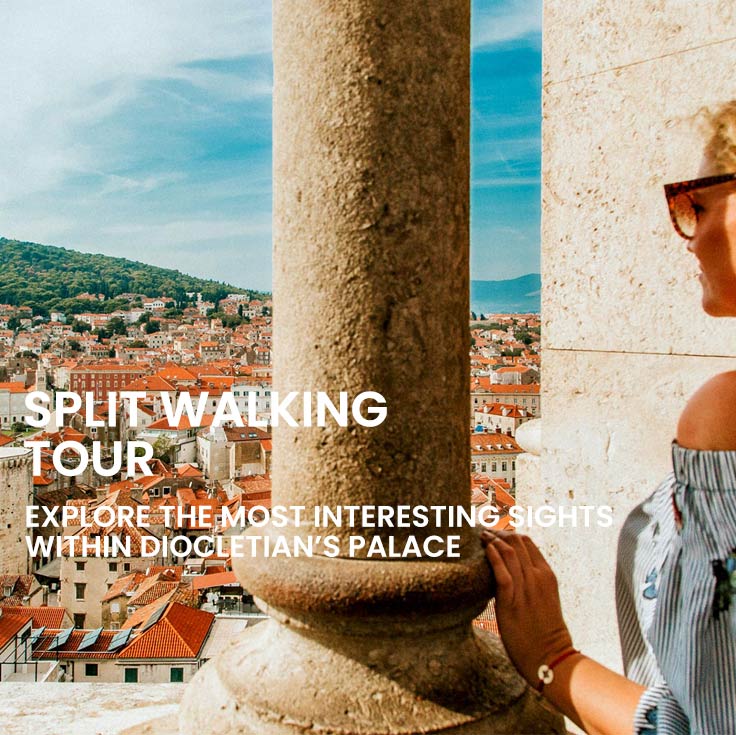 So, you’re in Split and trying to find something that will not only wrap up the history, beauty, and culture of the city into one, but will keep you on your toes, too? And we mean that quite literally.

While you can join our Split City walking tour led by our expert guide, you can also witness Split’s best attractions and alleyway highlights by going private with us.

Dig into the vibrant lifestyle of Emperor Diocletian’s former home and discover just why Split has an allure that has people coming back for more.

A bit of history, a lot of beauty, and a culture that will inspire from the ancient days to modern ways.

Top Attractions of the Walking Tour

What you need to know about Split

Split is the second-largest city in Croatia and the most important political, social, cultural, and economic center of Dalmatia. It all started some 1,700 years ago when the ground broke for the construction of Roman emperor Diocletian’s Palace back in 295. However, archaeological findings confirm that there was an even older Illyrian and Greek settlement on the site of today’s Split. During the Middle Ages, Split was an autonomous commune, often changing supreme lords. From 1420 to 1797, it was under Venetian rule, and during the 16th and 17th centuries, it was threatened by Turkish attacks. After the fall of the Venetian Republic in 1797, Split came under Austrian rule, then briefly under the Napoleonic Kingdom of Italy, and then again under Austrian control in 1815, which remained until 1918.

The Split City Day is on May 7th, where the city’s patron saint, Saint Domnius (or Sv. Duje to locals), is celebrated.

If you’re spending any time near Split during your Croatian travels, you’ll want to make sure that this Dalmatian gem finds space at the top of your list. Here’s why. On this private tour, we’ll uncover the depths of Diocletian’s Palace, exploring many of the areas you wouldn’t otherwise be able to see if you opted to experience it alone. The majority of this tour is spent inside of Diocletian’s Palace, and while it may seem like we wouldn’t have much ground to cover there, don’t be fooled – when the complex was initially built, it occupied around 30,000 square meters! We’re fairly certain you’ll even find satisfaction in admiring the palace exterior, which was built from local white stone, limestone, and imported white marble. 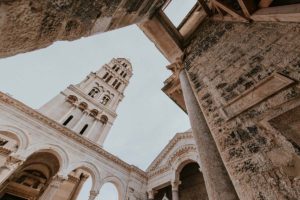 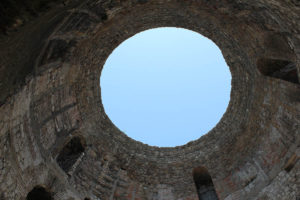 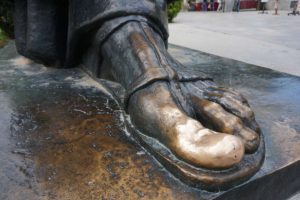 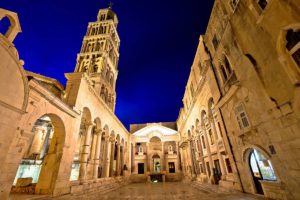 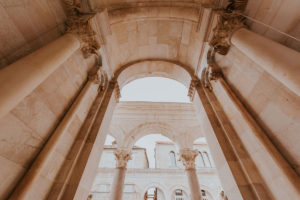 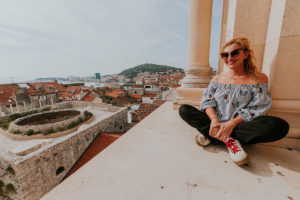 Today, around 3,000 people live on the territory of Diocletian’s Palace, where you’ll find a blend of ancient artifacts and the hustle and bustle of thriving city life, with coffee-clad citizens gathering at the collection of cafes to continue their days. You will find a cappella singers in the afternoon, dancing in the evening, and upbeat alleyways lighting up the night sky.

It’s no wonder that in November 1979, UNESCO declared the Diocletian’s Palace a World Heritage Site as a prestigious archaeological complex.

What to see inside of Diocletian’s Palace?

All you need for the Split City tour

Since your legs will be put to use on this walking tour, we suggest you dress casually, comfortably, and if you’re visiting in the summer? Lightweight clothes are key. Because hydration is equally as important, don’t pass up the chance to bring a water bottle along, and certainly make sure you’re protected with sun cream, a hat, and sunglasses. But perhaps most important of all is a camera, which you’ll want to ensure is charged, loaded with a blank memory card, and ready to go.

Why is this private tour the best way to explore Split?

Thanks to its appeal, Split tends to draw in tourists from all parts of the word, which, as you guessed, can create crowds. By going private, not only will we create an intimate experience, but we’ll reveal some of the lesser-known gems that are challenging for every day tourists to find. We’ll lead you through the eyes of a local, expert, and professional who is passionate about sharing everything that makes this Dalmatian gem so unique. We’ll cater to your wants and needs, and in return, we know you’ll enjoy what we have to offer.

Book a ticket on our Split Walking Tour

There are several benefits to booking a private tour, but perhaps best of all is the fact that you get the final say. From flexibility to options and the chance to create a day tailored to your timing and needs, this tour is all about you – your guests, your destinations, your activities, and your schedule. We promise to do our part in making your dream holiday a reality and gift you the best guide out there. But that’s not all.

Another advantage of going private is that you can alter the itinerary we provide and make it personalized to your liking. Thus, you can visit places that are not a part of our usual agenda, and have free rein to customize this tour with your touch.