Mostar is a mecca of culture in the Balkans, the hub of Herzegovina, where the east meets the west, and tradition meets tourism.

Mostar is a city of color; where different religions intersect to create an ethnically diverse and authentic experience for curious travelers. It oozes with charm, antiquity, and wears the scars of its conflict. It embodies reconciliation, international unity, and is the core of the coexistence of cultural, ethnic and religious communities. Mostar is a UNESCO gem and the soul of Bosnia & Herzegovina.

Mostar, the hub of Herzegovina

Mostar is located in the valley of the Neretva River, between Hum Hill and the foot of the Velež Mountain. Located in the southeast of Bosnia & Herzegovina, Mostar was historically situated on the trade route between the Adriatic Sea and central Bosnia, which abounds in minerals. Over time, the settlement advanced to the right bank of the Neretva River, and today, it is the cultural capital of the Herzegovina region.

Getting from Split to Mostar

Believe it or not, Mostar has an international airport with connections to Croatia and Italy, though you’ll find it quite easy getting there by car or bus.

If you’re already on holiday in Croatia, Mostar can be reached from Split in just two hours via the E65, while it takes just 20 minutes longer traveling from Dubrovnik via the M6.

There are two main bus stations in Mostar, too: one is located on the Croat side of town, while the other is next to the train station in the Muslim part of the city. Buses run daily to Mostar from Croatian cities like Zagreb, Split, Makarska, Ploče, and Dubrovnik in the summer months, and you’ll find getting there in the offseason is not any more difficult.

If all else fails, booking a private transfer to Mostar has never been easier.

You can get on a day trip from Split to Mostar each Tuesday, Thursday and Sunday during period between 1st of April till 31st of October. On this guided tour you will experience historical and must see sights of Mostar before you continue to natural oasis, waterfalls Kravice.

Split to Mostar by Car

If you are looking to get from Split to Mostar by car you have couple of options to choose from. You can hire transportation service that will take you to Mostar and back to Split in a day, or you can choose to rent a car and go on adventure yourself.

Split to Mostar by Bus

There are public buses departing from Split to Mostar aproximately twice a day and you can reserve your spot at the main bus terminal in Split by the ferry port. If you are looking for a bus transportation for a large group, you can hire our professional transportation service.

Border crossing on route from Split to Mostar

Regardless if you are visiting Mostar from Split by car, bus or with an organized group tour you will have to cross Croatian and Bosnia & Herzegovina border at the …. crossing. It is very important that you bring the passport with you as it will be impossible to cross the border otherwise.

Top 20 things to do in Mostar

Once you’re in Mostar, what should you do? Here’s a look at 20 things you absolutely won’t want to miss. 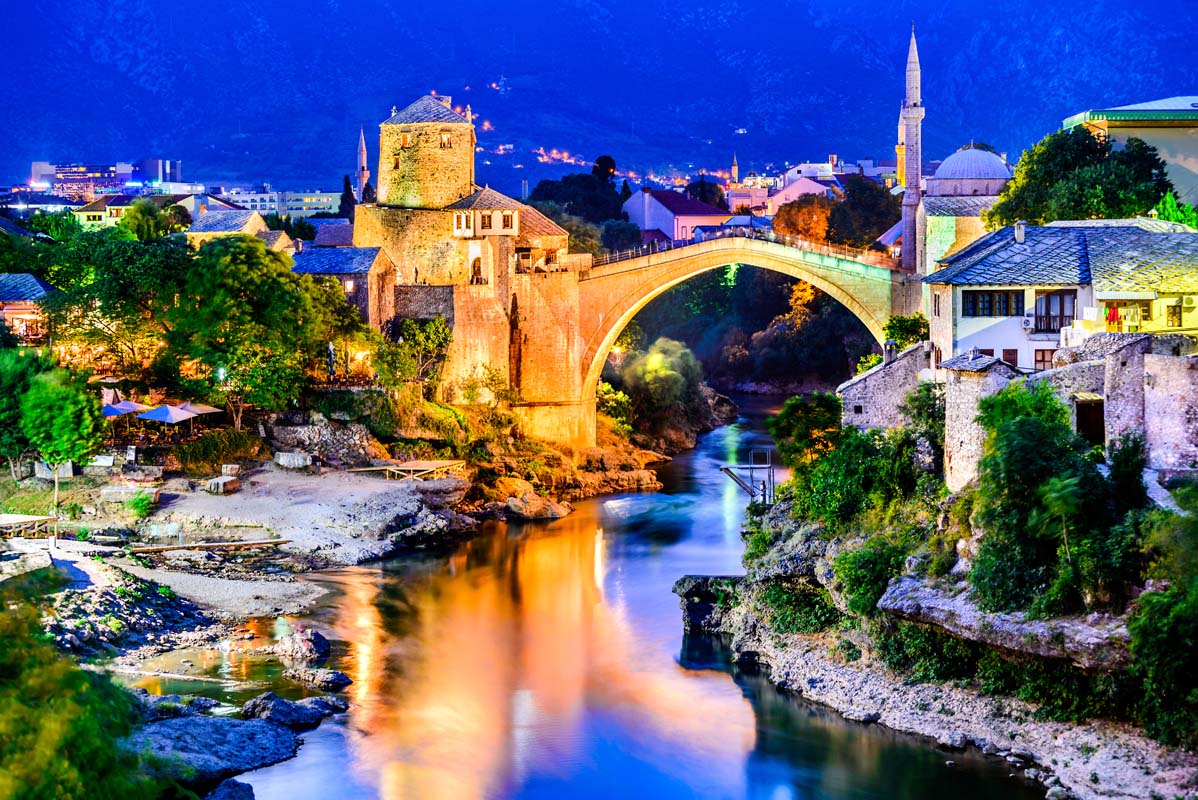 This 16th-century Ottoman bridge connects the two parts of Mostar over the Neretva River. Now that we’ve told you all about the history above, there is absolutely no way you could pass on visiting it – plus, you won’t be able to escape its sight walking around the historic Old Town center. And really, who wouldn’t want to tour a monument that has stood for 427 years? 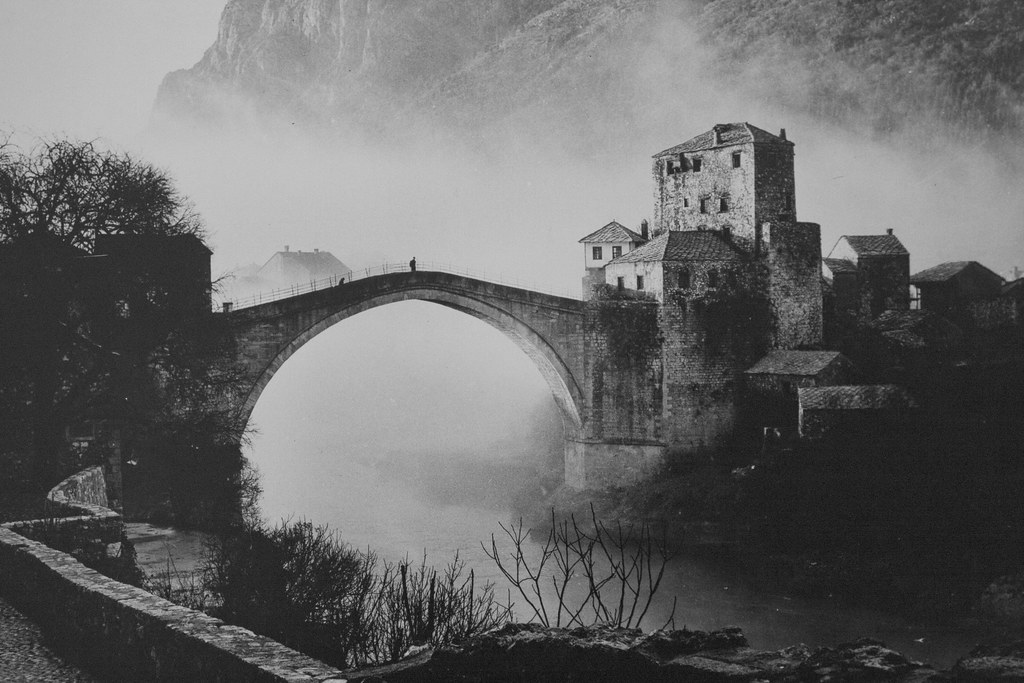 Located within the Tara Tower, the Old Bridge Museum opened in 2006 to celebrate the second anniversary of the reconstruction of the Old Bridge. The museum runs across five floors and contains archaeological remains discovered during the 2002 reconstruction, exhibits and displays on its construction accompanied by charts outlining its history, and the ‘Labyrinth’, or a photo gallery. At the top, guests can enjoy a panoramic view of the city, while you can learn about the bridge’s reconstruction through a video, however, in the Bosnian language.

Jumping off the Old Bridge 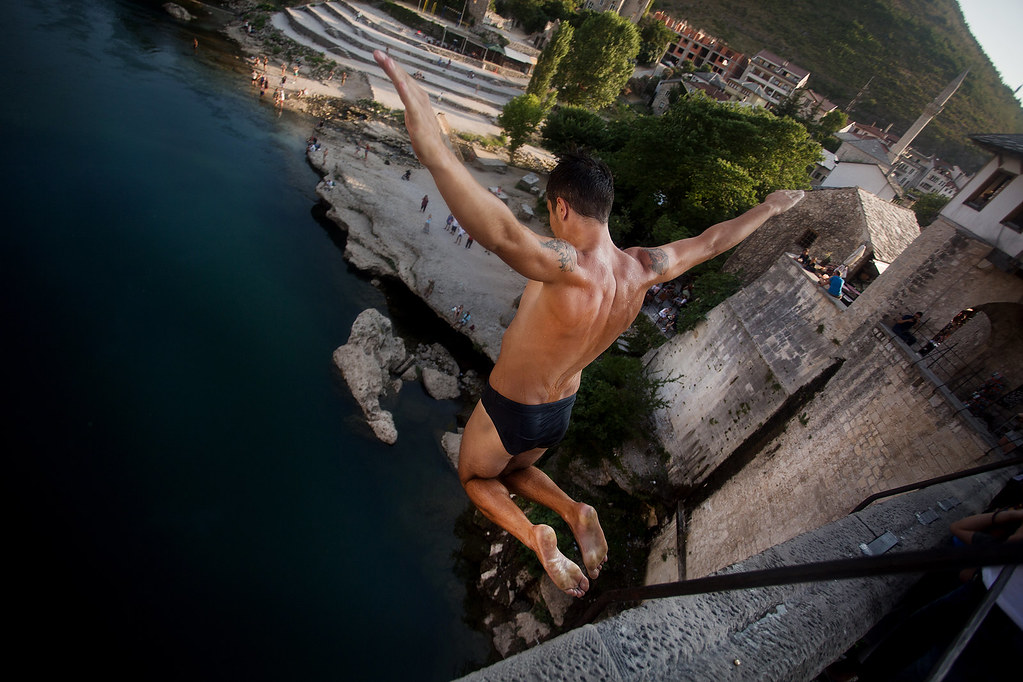 No, no, we don’t expect you to jump off the bridge yourself – but we do encourage you to watch bridge-jumping-professionals take on the challenge. Watching local, usually speedo-clad divers gracefully dive into the fast-flowing river 24 meters below is quite the thrill – and if you’re feeling like an adrenaline rush, you can join the 1,000 other foreigners who have made the jump thanks to the guidance of a Mostari Diving club member. 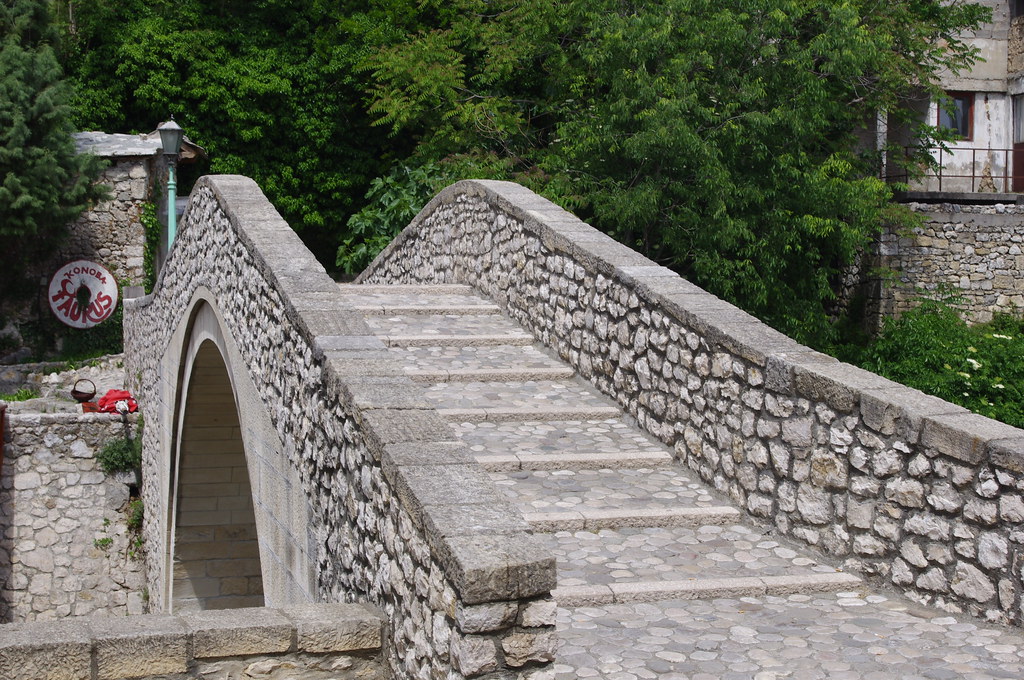 Kriva Cuprija is the smallest and oldest single-arch stone bridge in Mostar, built in 1558 during the Ottoman rule by Ottoman architect Ceivan Ketode. Located about 30 meters west of the Old Bridge, it is a miniature version of it and connects the shores of Radobolje. The arch of the bridge is semicircular, 8.56 meters in diameter, while the bridge itself is 4.15 meters high and is reached by stone steps. 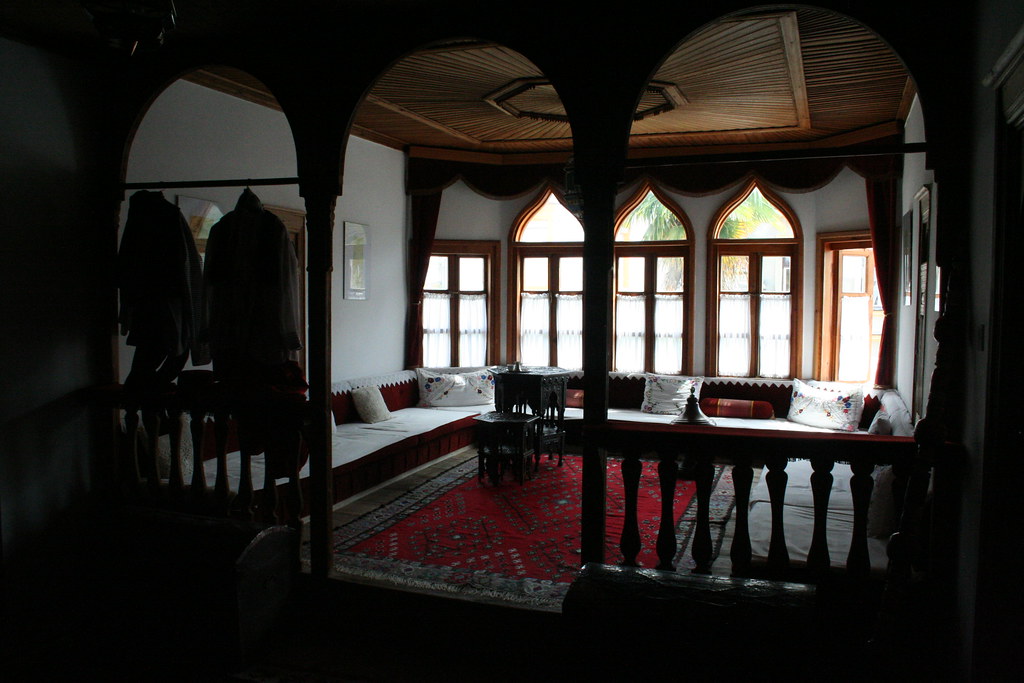 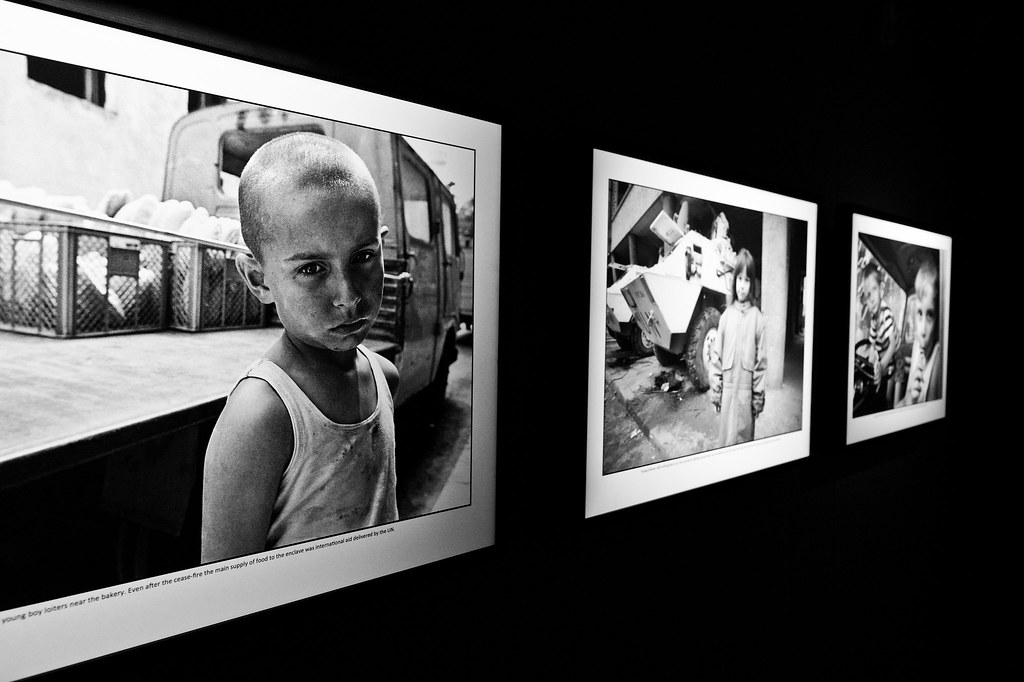 Located at the beginning of the Old Bridge, this remarkable exhibition displays how Mostar locals lived their everyday lives through the conflict of the 1990s in the Bosnian War. Visitors can witness 50 heart-tugging photographs of life during war, captured by New Zealand photojournalist Wade Goddard. 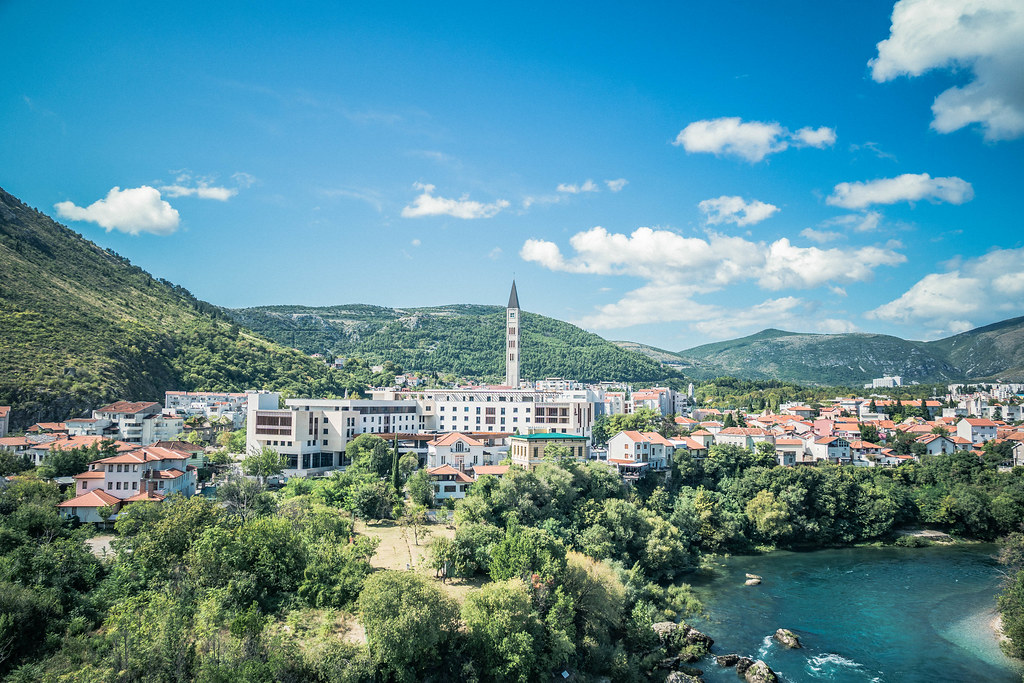 Located in the Croatian part of Mostar, the Mostar Peace Bell Tower is located a short walk from the Old Bridge, and was built adjacent to the Franciscan monastery as a symbol of peace. Visitors can climb to the lookout point, which is 75 meters up, or around 150 steps. The bird eye’s view from the top is unrivaled. 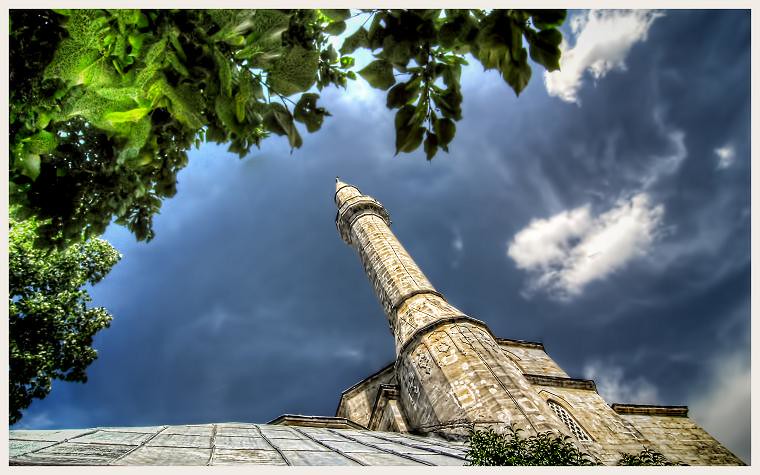 About 100 meters north of the Old Bridge, on the left bank of the Neretva River, you’ll find the Koski Mehmed Pasha Mosque, which is like an imperial place of worship. Built in 1617, it is the only mosque in Mostar where the original paint and decoration of the walls have been preserved. Visitors can climb the minaret for stunning panoramic views of the city. 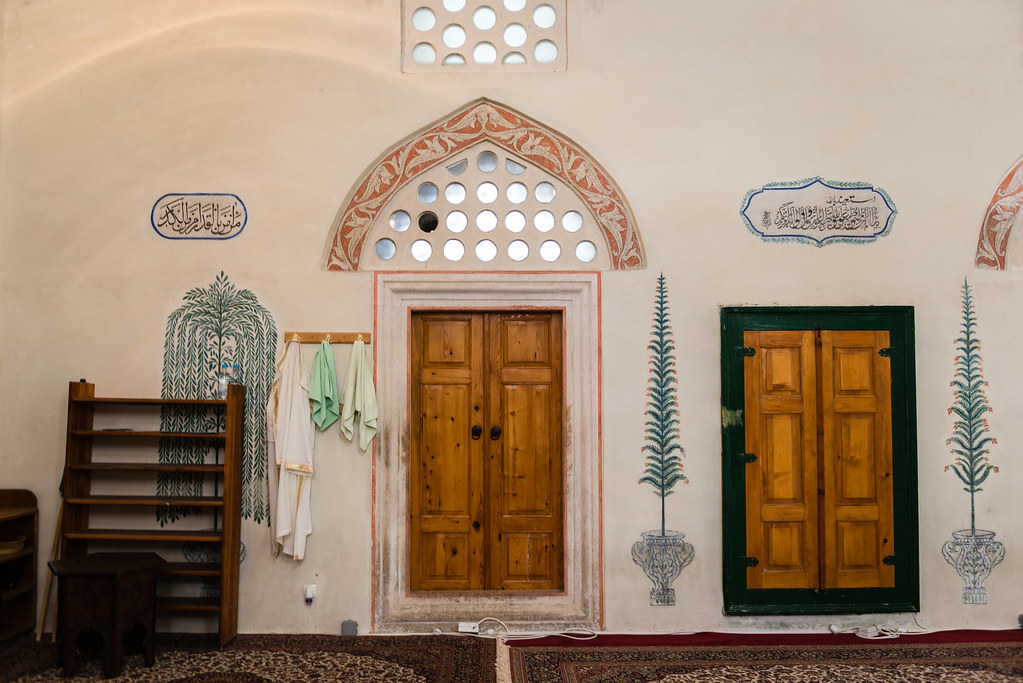 Built it in 1557-1558 and designed by famous Ottoman architect Mimar Sinan, the Karađoz Bey Mosque is a national monument and the largest mosque in Herzegovina. Known for its dome and high minaret, the mosque was nearly destroyed in the early 1990s, though it underwent extensive repairs between 2002 and 2004 and reopened to the public in July 2004. 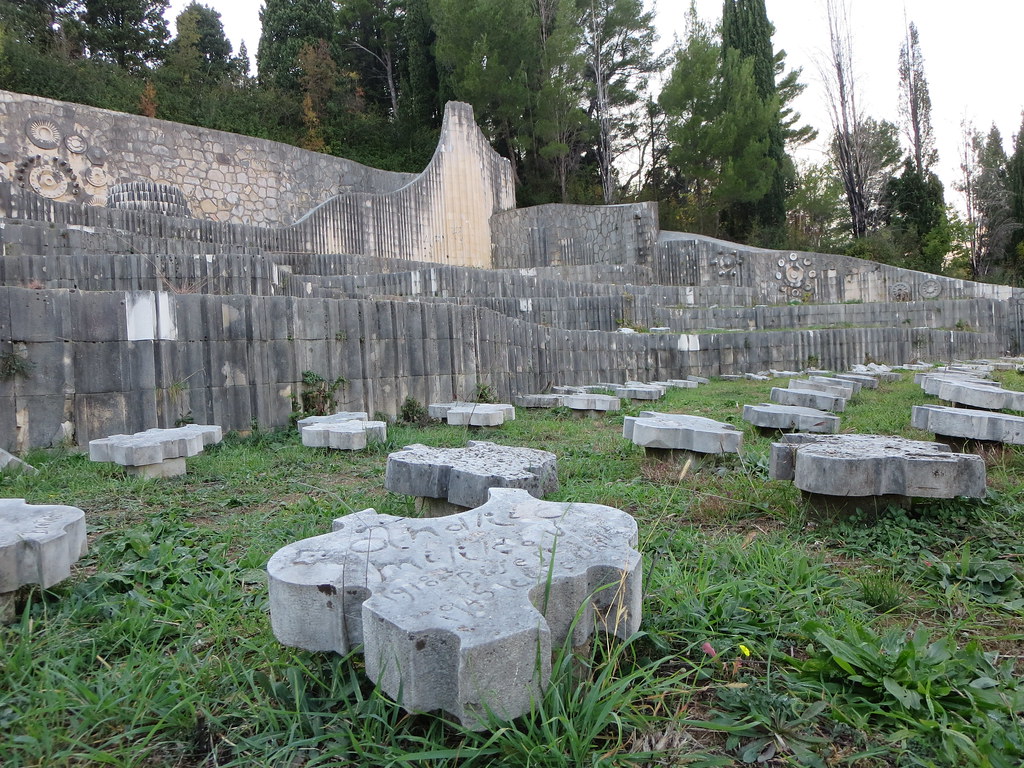 Built in 1965 to honor the Yugoslav Partisans killed during World War II in Yugoslavia, the Partisan Memorial Cemetery was designed by architect Bogdan Bogdanović. Located in Bijeli Brijeg, the cemetery contains the remains of 560 members of Yugoslavia’s National Liberation Army killed during World War II. The cemetery was damaged during conflict in the early 1990s, though repaired in 2005. Today,  even covered in litter, it is one of Mostar’s most famous landmarks. 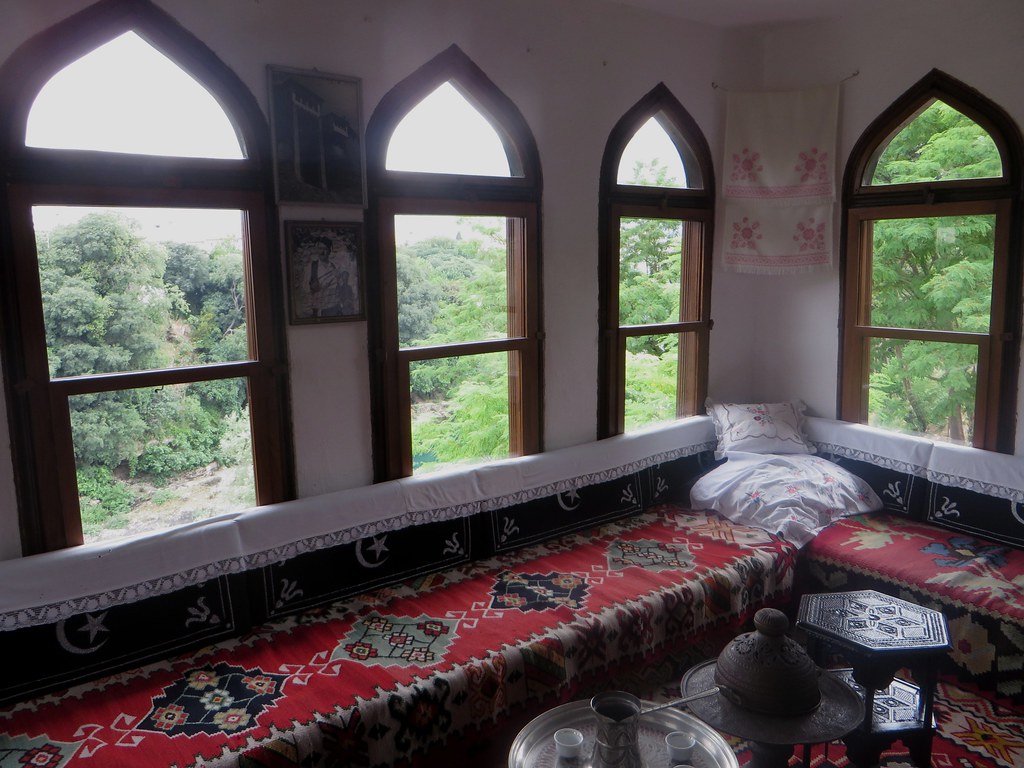 One of the best-preserved houses of the Ottoman era, the Biscevic House holds mostly authentic objects and furniture from that time. Originally built in 1635, the current residence replicates the original, and is just a few minutes from the Old Bridge. It is a perfect peek into how people lived in Mostar hundreds of years ago. 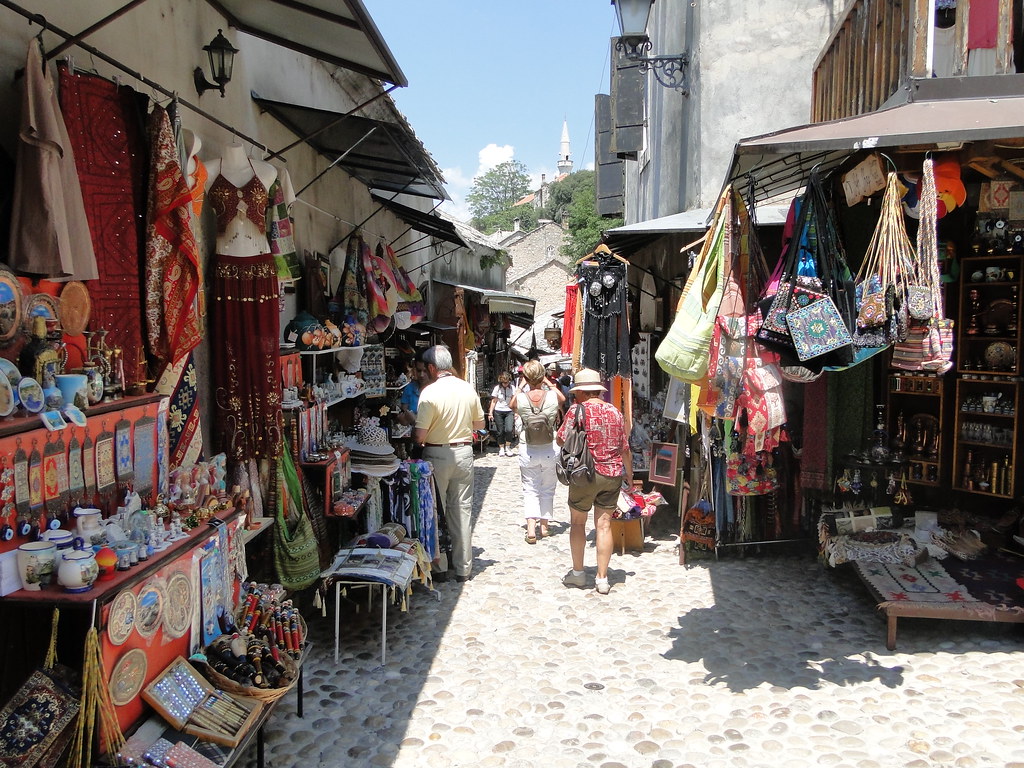 A bustling market, or bazaar, you can find the čaršija on both sides of the river – one run by the Bosniaks, the other by Croat ethnic groups. This Ottoman-inspired market will make you feel as if you’ve stepped back in time. You’ll be able to find both locals and tourists surveying the stalls, which boast everything from trinkets to colorful rugs and copper coffee sets. 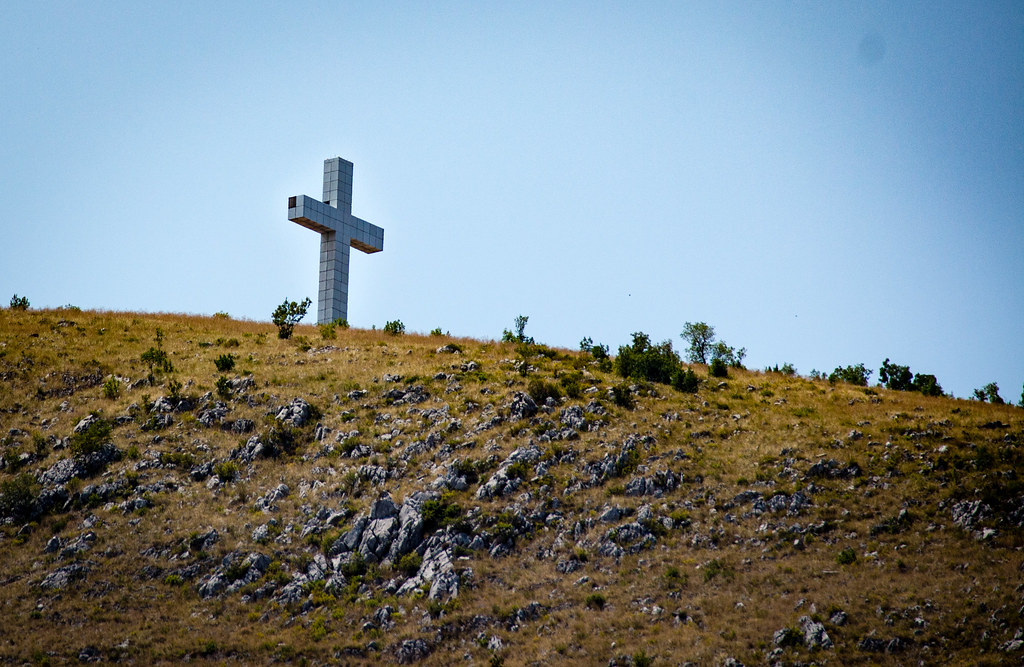 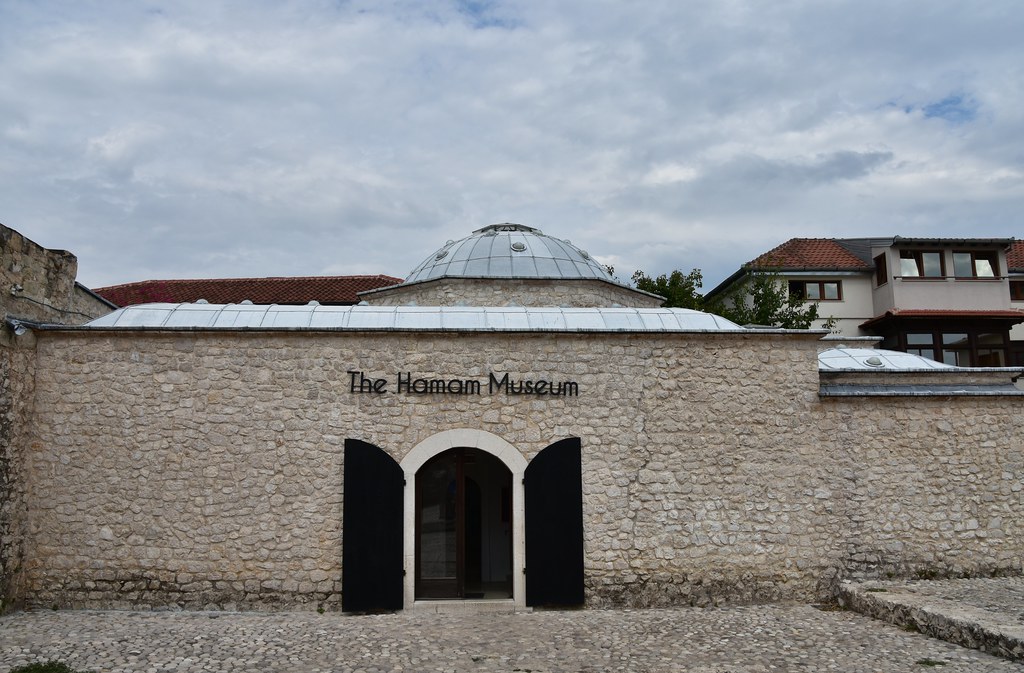 The Hamam Museum is the only preserved hamam in Mostar today. Built in the late 16th and early 17th century in classical Ottoman style, the Museum is a demonstration of Turkish Hamam, exhibiting a variety of items used inside the public bath. Visitors can learn about the customs and rites related to the cleanliness, massage and relaxation of the body and the mind.

Grafitti along the Former Front-line 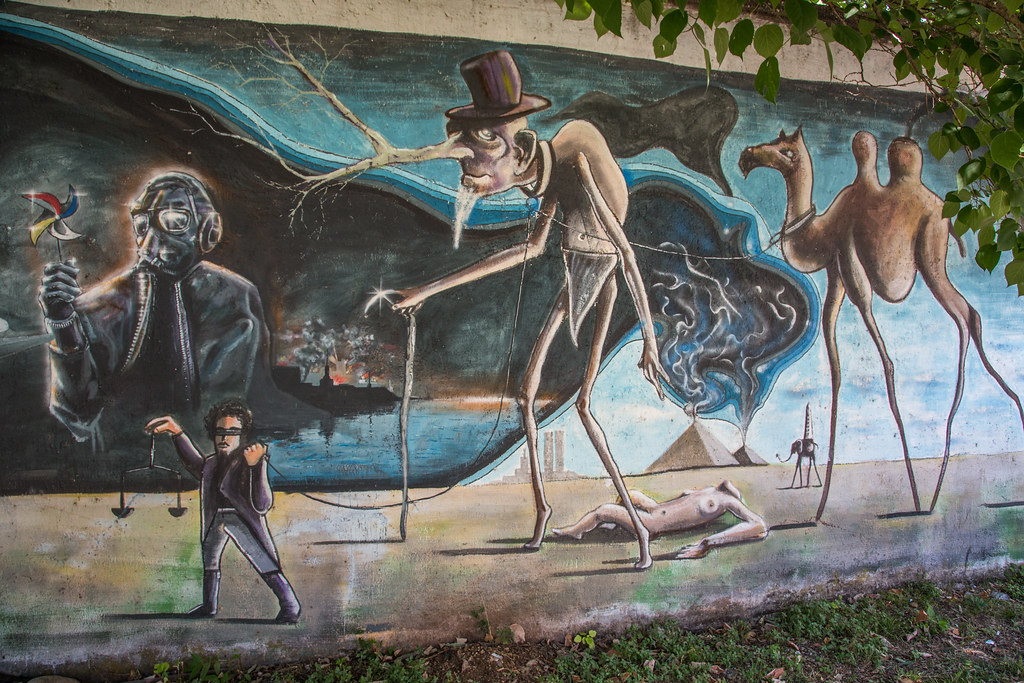 Once a brutal battlefield, the former front-line in Mostar wears colorful murals today. Lovers of graffiti art will find that this area of Mostar is less concentrated with tourists, though the bullet-holed buildings point to a much darker time when trenches and barricades occupied the area. 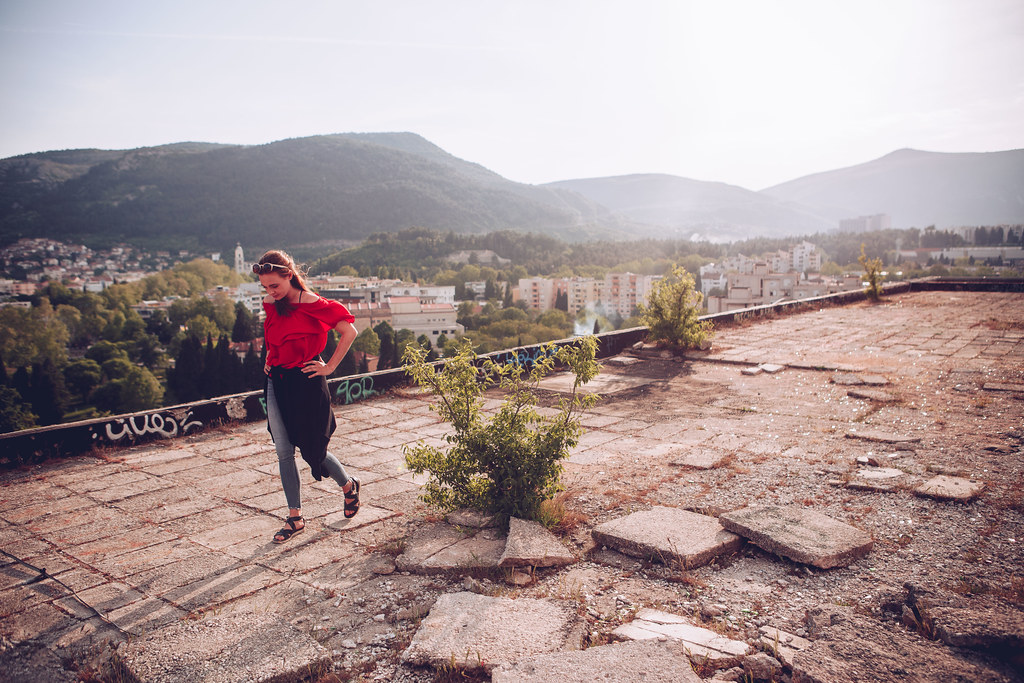 While entry is not encouraged by the city, the battered building of the Sniper Tower is yet another powerful reminder of the conflict during the Bosnian War. One of the tallest buildings in the area, which is now decorated in colorful graffiti, the Sniper Tower was especially crucial during the Seige of Mostar, fought first in 1992 and then again from 1993 to 1994. 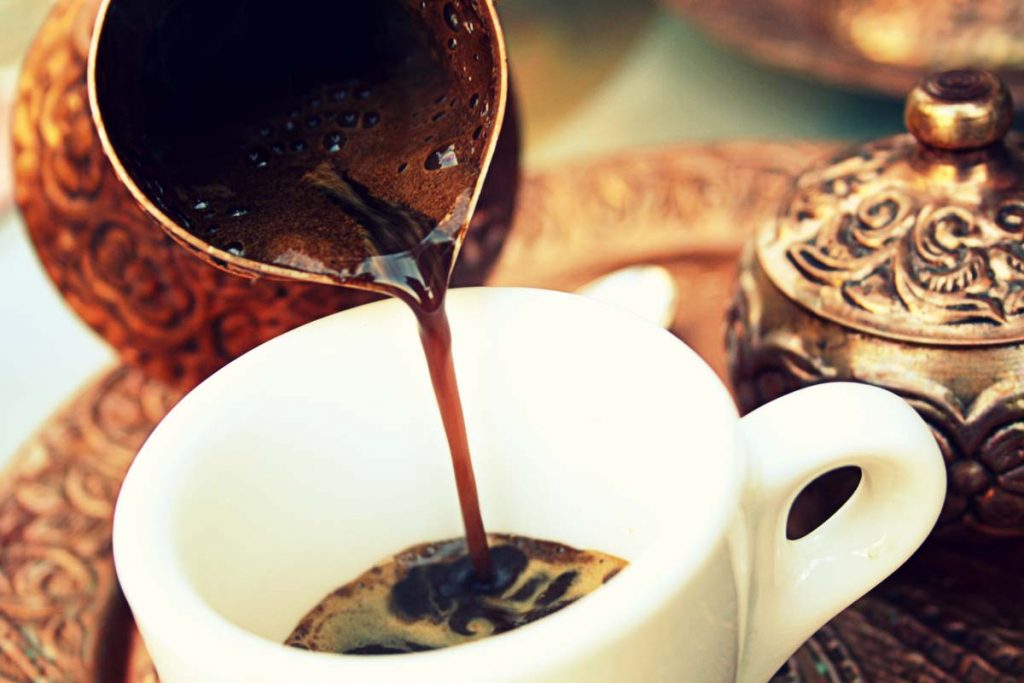 While you’re probably aware that Turkish coffee dominates the Balkan region, you might not have known that Bosnian coffee is a cut above the rest. Part of the Bosnian and Herzegovinian identity, Bosnian coffee differs from Turkish coffee by how you drink it, and you can find the warm treat at many cafes in the heart of town today. 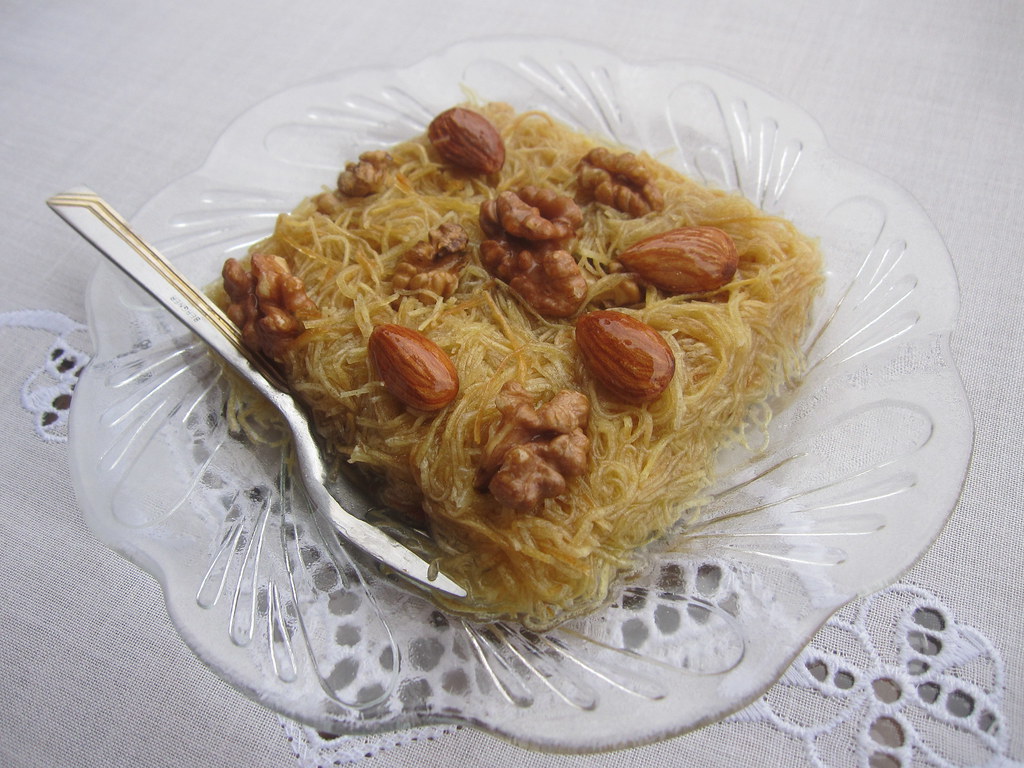 Yet another influence of the Ottoman Empire, Mostarski Kadaif is a buttery pastry-like dessert filled with nuts, raisins, sugary syrup and citrus zest. If you know, then you know. 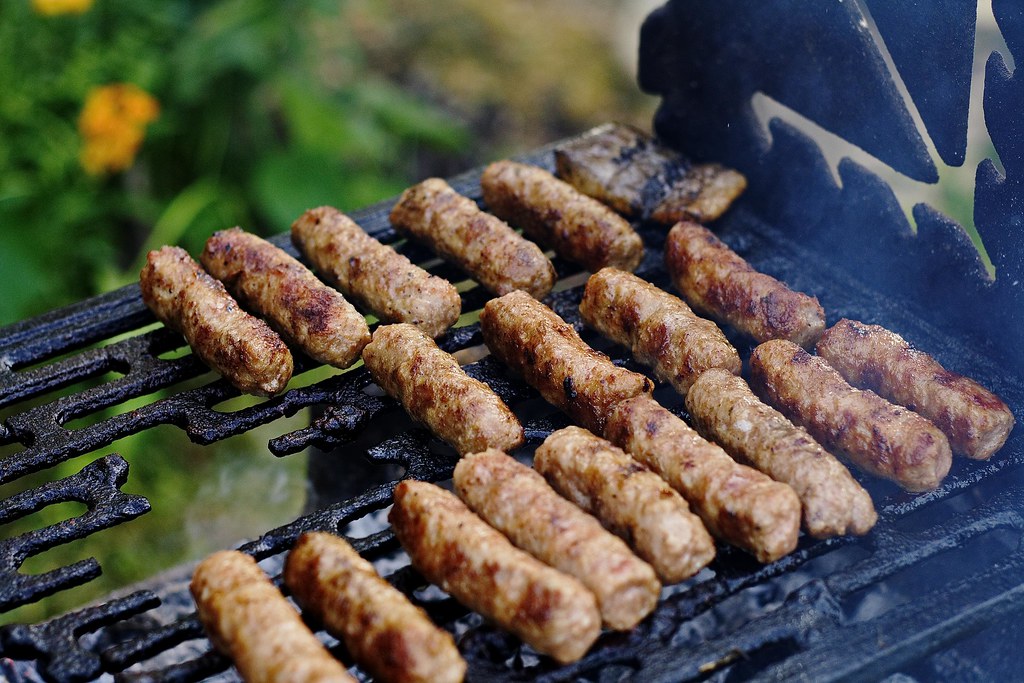 A Bosnian specialty, you’d be silly to miss a helping of the Balkan’s favorite finger sausages. These mixed meat treats are best served in a flatbread with onions and ‘kajmak’ – like clotted cream, but better. 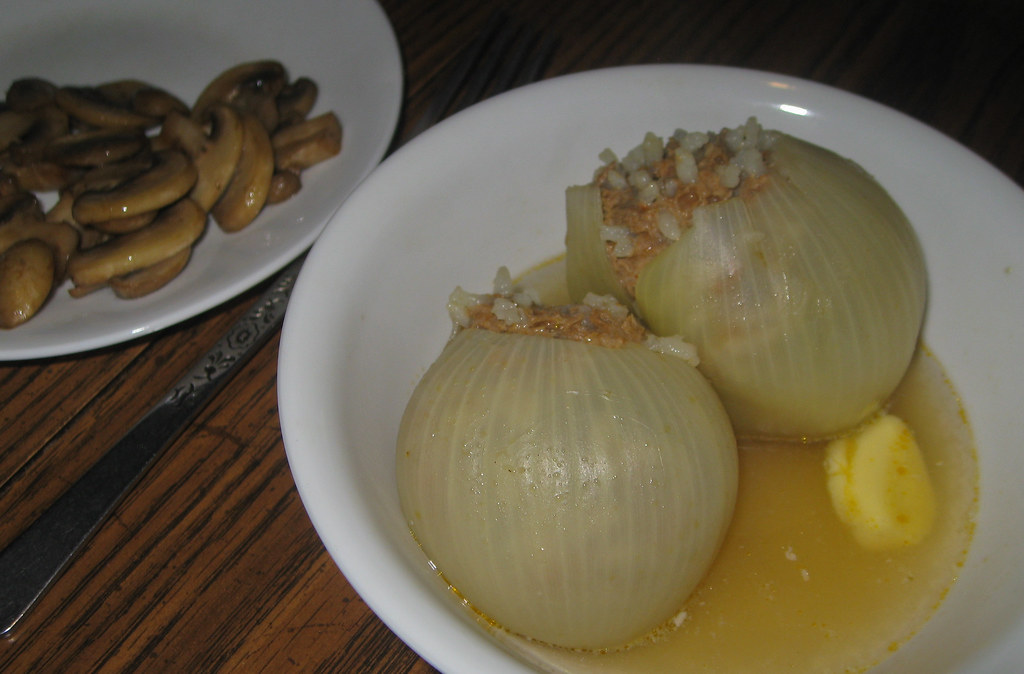 Sogan-dolma, meaning stuffed onions in Turkish, is a specialty of Mostar. Really just cooked onions stuffed with minced meat, and typically served with sour cream and potatoes, you can find Sogan Dolma served traditionally on copper plates at many of the locally-revered restaurants in town.

Mostar and a problematic past

With a vibrant history that dates back to the 1400s, Mostar received its name from the ‘mostari’, or bridge keepers, who guarded the Stari Most (Old Bridge), which is the city’s most famous and daunting landmark.

However, the city’s history of bridges existed well before that. It all began with a Roman wooden bridge on the left bank of the Neretva river, which was used by traders, soldiers, and travelers. Once the region came under the Ottoman rule in 1468, this settlement developed and saw urbanization. In 1566, Suleiman the Magnificent replaced the wooden bridge with stone, which measured 28 meters long and 20 meters high, designed by Mimar Hayruddin. Known as Stari Most, or Old Bridge, this 16th-century Ottoman gem quickly became the centerpiece of the city.

When Mostar was included in the State of Slovenes, Croats, and Serbs and then Yugoslavia, it was recognized as the unofficial capital of Herzegovina. After World War II, the city was a major industrial and tourist center and flourished economically.

However, conflicts in the 1990s following the breakup of Yugoslavia devastated Mostar, and the spiritual icon, along with many other buildings and structures in the city, was reduced to rubble.

Fortunately, the Old Bridge was rebuilt, along with much of the Old Town, thanks to an international scientific committee established by UNESCO. Over 15 million dollars has been spent on its restoration. The Old Bridge and Ottoman quarter was repaired from 1999 and nearly completed by the spring of 2004. The Old Bridge today is 22 meters high and is replicated as close to the original as possible by using the same materials and Ottoman construction techniques.